The Emirates continues to grow and build something unchanged and revolutionary each year. Each government in Dubai is always trying to bring huge surprises to everybody. The UAE gives explorers and adventurers the best potential destinations. Dubai’s Sharjah Aquarium is one of Dubai’s most recent attractions which was first opened on June 16, 2008. You can reconnoiter the hidden amazing deep-sea world with its fantastic animals. You can also discover the local fish species nearby and read about the ancient coasts and ports of Sharjah. Exploring the incredible deep-sea life’s lost planet. These aquariums shed light on the vivid, colorful, and enigmatic deep-sea world.

Regarding the Sharjah Aquarium location, it is located in Al Khan and is a breathtaking area that takes you to another world. An aquarium operated by the Sharjah Museums Authority is one of the main educational centers in the UAE. This attraction in Sharjah occupies an area of 6,500 m2, which contains 20 separate aquariums on two levels featuring several aquatic creatures.

What would you classify and name as many marine animals? Go over to learn to differentiate between the wider types of sea-life. In the Arab Gulf seas, Sharjah Aquarium is home to over 150 marine species. It is possible to watch the fascinating sea rays, the normally boring coral sharks, the mysterious moray eels, the fragile seahorses, and the lovely clownfish. Besides the sea animals, you will explore their environments as coral reefs, mangroves, Al Khan Lagoon, and the nearby rocky beaches. For people of all ages, the feeling is enlightening when they tour here.

A visit to this Sharjah aquarium will warn you about oil pollution, land restoration, and overfishing calamities. Knowing how humans kill marine life’s natural environment will help us make the underwater ecosystem more considerate and more responsible.

The aquarium is more than just a place for leisure. It was designed to educate the masses about the value of aquatic life. In 2009, the Authority of Sharjah Museums agreed to expand the aquarium area by creating a marine nature reserve. The place has been working for the last ten years to provide a healthy environment for aquatic animals. Their mission includes the development of an optimal habitat to expand coral reefs while also raising awareness of the severity and the effects of marine contamination. Sharjah Aquarium strives to protect and conserve the aquatic ecosystem with the aid of experts and volunteers.

The developers want to represent the different marine creatures living in the water. It is a fascinating world that has almost 100 insane animals including clownfish, tasty seahorses, murmur ants, sea rays, and sharks. It’s also a marvelous world from where you can take a look at the splendor of sea life in the rocks and on the coral reefs, in the lagoons and mangroves of all sizes. It has a recovery program for turtles, where the husbandry team captures and receives all the injured sea turtles and after rehabilitating them, they were again released in the seawater.

In addition to raising the consciousness about extreme marine pollution and its destruction, the aquarium seeks to create an ideal environment for coral reefs to develop. Sharjah Aquarium is directed at safeguarding the aquatic ecosystem. It was not merely developed as a leisure area but was also designed to familiarize people with and encourage marine life. By establishing a Marine Nature Reserve in 2009, the Sharjah Museums Authority agreed to extend its aquarium. The aquarium is now a wonderful healthy environment to breed and excel in marine life.

A turtle recovery program is implemented in the aquarium. This is where the husbandry team gathers and receives wounded or ill tortoises and gives them the treatment they need before they are released out into the sea. Sharjah Aquarium has an annual underwater environmental clean-up drive to raise awareness of environmental conservation and shed light on the importance of saving marine attractions, as part of the Sharjah Museums Authority’s social responsibility program, ‘We Care.’ Furthermore, it seeks to increase awareness of the risks of marine pollution by those reckless people.

Besides any other thing, the aquarium Sharjah gives you a couple of facilities in their area so that their visitors can enjoy a comfortable time away from all the hustles and bustles around. The facilities include the Wifi connection, separate rooms for mothers, an area for children’s clothes changing option, wheelchairs for all the needy people, and also for senior citizens who came there.  After these, a prayer room with enjoyable and good taste meals and snacks at the cafeteria. Shops are also present there for shopping. Restrooms and parking areas are also facilitated there.

Regarding the Sharjah Aquarium timings, that many people want to know, you can also get information. On normal days, the Sharjah Aquarium remains open from early 08:00 am to 08:00 pm. While, on Friday, its opening timings start from 02:00 pm and it remained close on Sunday.

Regarding the information related to Sharjah Aquarium tickets, note that the children having age between 2 to 12 have to pay 15 AED for their entrance while the adults have to pay the cost of 25 AED who have the age of above 13.

However, the entry charges also vary from age to age. An entry fee for single children is 10 AED, for the entrance of adults, they charge 15 AED per adult. In case, you go there on a private school trip, you will be charged 5 AED per student.

The admission tickets for Sharjah Aquarium are a shared visit to the aquarium and the Sharjah maritime museum in the neighborhood. You will visit both locations with the same ticket in one day. For groups to apply for discounted price passes, there should be at least 6 participants. There is no admission fee for children below 2 and seniors over 60 years of age. Whereas there is also free entry for determined individuals and public school tours.

How to go to Sharjah Aquarium?

The fastest way to get there is to drive towards the Sharjah Aquarium. Take a cab where there is no personal transport. Perhaps the taxi isn’t the lowest way to hit Sharjah Aquarium, but it will save you a lot of time than by bus. The bus from Al Jubail Terminal to Sharjah Aquarium station on the E1 route will make guests living in the Rolla Area. A quick stroll from there is the aquarium.

The Dubai to Sharjah ferry service will take you off at Sharjah Aquarium Marine Station, less than 5 minutes walk from the aquarium itself if you are from Dubai and are searching for alternate means of transport.

Sharjah Aquarium has 20 tanks, from coral reefs, rock ponds, to lagoons and mangrove areas, that regenerate different local aquatic ecosystems. An enclosed walkway helps you to close in on these environments of maritime animals. Try to timetable your tour with a planned fish feeding period or chat with a family encounter. Children are glad to learn more and to play on immersive shows about sea monsters. In Sharjah, the aquarium should be at the top of every list, particularly for the edutainment of children. Sharjah families also bring children here to learn about local marine life.

When you plan on visiting the aquarium in Sharjah during the night, first have a peaceful sunset at the gorgeous beach of Al Khan. The views are exquisite but distinguishable from the Sharjah Corniche. Then, before the closing late evening, take a short tour of the aquarium. Your ticket provides an introduction to the nearby Sharjah Maritime Museum where you can discover more about the coast than any other museum in Sharjah.

What to do at Sharjah Aquarium?

As the aquarium includes more than 150 aquatic species, living in the Arabian Gulf waters, you are more than capable of separating the large categories of marine life. The magnificent sea rays, enigmatic moray eels, docile fishes, beautiful clownfish, and delicate sea animals, all have the potential to be seen. You will explore their environments, including the coral reef, Mangroves, the Khan Lake, and the waterways that protect them as well as learning about marine creatures. For people of all ages, it is an entertaining experience. It is great for vacations with family and friends.

It has been concluded that Sharjah Aquarium agreed to create a marine nature reserve where protectors and volunteers work together to protect the marine ecosystem. They want to make it a healthy environment for fish growing and breeding and an ideal environment for the development of coral reefs. The need for a Coastal Nature Reserve was one of the most significant reasons to preserve since the global rise in marine waste, the seriousness of marine damage due to detrimental actions or practices, the collapse of fish and coral reefs as a result of the destruction of its natural environment, and the destruction of many mangrove forests. 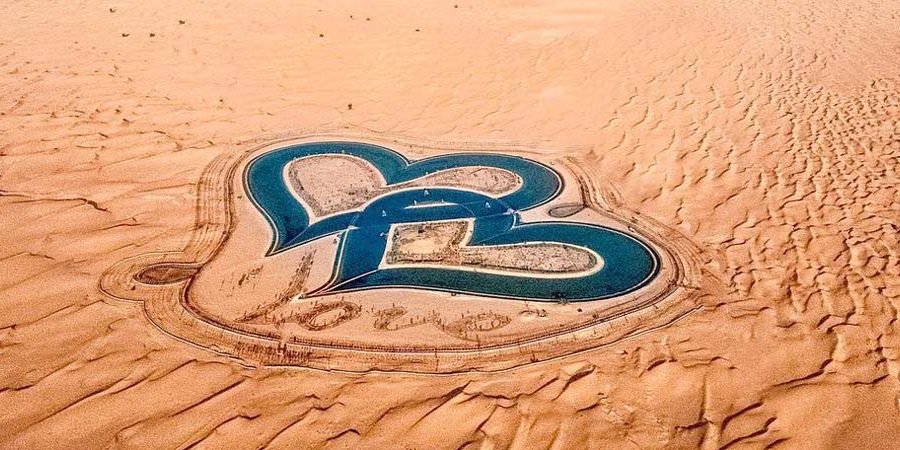 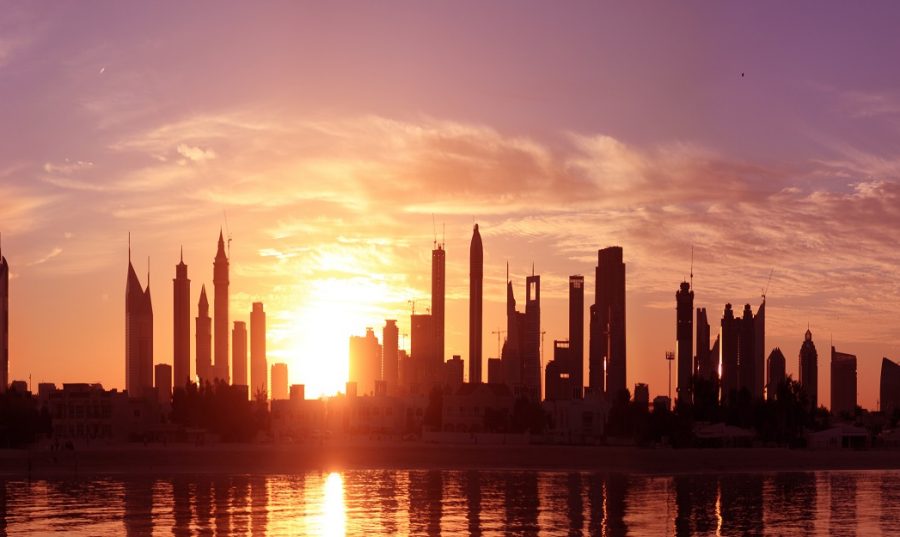